Well now, if nothing else on that "blacked out" minute spew, we can get an idea of where "Our Faithful Soros Media" got it's script from!

Doka wrote:Well now, if nothing else on that "blacked out" minute spew, we can get an idea of where "Our Faithful Soros Media" got it's script from!

Doka, I just thought of something. He maybe the luckiest man that ever lived, eh?

Although it hasn’t received very many signatures yet, someone decided to use Obama’s “We the People” White House petition website to put up a request under President Trump for an international arrest warrant to be issued for George Soros.

George Soros is a menace to the free world and stands in the way of making America great again. He is guilty of the following crimes:

1) Financially supports open sedition in major American cities resulting in millions of dollars of property damage as well as loss of life.

2) Attempts to manipulate democratic elections by donating millions of dollars to his preferred candidates.

3) Seeks to curtail American sovereignty. In his own words: “The main obstacle to a stable and just world order is the United States … Changing [the] attitude and policies of the United States remains my top priority.”

4) Is a currency manipulator. Soros initiated a British financial crisis by dumping 10 billion sterling, forcing the devaluation of the currency and gaining a billion-dollar profit. 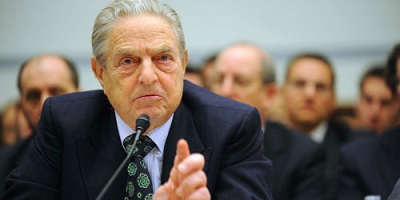 In the economy of world politics, George Soros has billions at stake, and they extend even to remote places like the Republic of Macedonia.

In fact, the tiny Balkan state is becoming emblematic of a battle royale taking place in Europe between conservative parties that support traditional values and national sovereignty, and those—often funded by the liberal billionaire—with an ambitious agenda that includes liberal drug and sexual orientation policies as well as trans-nationalism.

Making things even more complicated are the Kremlin’s routine strategic interferences into the equation. Russian President Vladimir Putin’s vast propaganda network often intrudes into these disputes, whether invited in or not, by ostensibly taking up the traditionalists’ cause and going to war with his arch-nemesis, Soros.

In some places, such as Macedonia itself, there is one added variable: Obama-era embeds.

The Obama-appointed U.S. ambassador in Skopje, Jess Baily, has come under congressional scrutiny over accusations that he has shown a political bias against the Macedonian conservative party, VMRO, and that he facilitated coalition negotiations between the main leftist party and ethnic Albanian parties.

In a letter sent to Baily on Jan. 17, Republican members of the House and the Senate also asked him to explain reports that his embassy had selected Soros’ Open Society Foundations as the main implementer of U.S. Agency for International Development projects in Macedonia. FULL STORY
There are none so asleep & oblivious to the real world as those who are & would be Woken.

The really crappy thing is.........the one thing, that will remove Soros, is a world economic "Adjutment" that will take us with him. UGH! Soulless Demons, just don't die. Plus the fact that he has 5 children . I only know a bit about 2 sons, one trained to take over in case ,Soros , should accidently croak, and one who is totally nuts and no doubt involved "Pizza Gates" all over the world. Nothing "cheery", about any of them!!

Well, This Explains A Lot 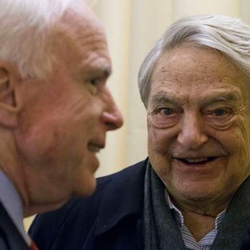 McCain Institute Funded By Soros
There are none so asleep & oblivious to the real world as those who are & would be Woken.

I saw that this morning. Can't say it is any kind of a surprise. He " sold out " a long time ago. What is so hard to understand is how isolated and greedy these entities are,they are divorced from any good qualities that a human can possess, which makes them so Evil.

Set term limits on all of their "jobs"! Especially the one above from Arizona. It's too bad the other creature, a WW II *SS throw back, has not reached his term on life!


Today in Hamburg: It seems George Soros' filthy money has shown up in the streets, again!

*During the nazi's Holocaust, a young and impressionable SS member George registered Jewish real estate and their household contents for distribution elsewhere. There's no smilie that fits him.
Last edited by Malaria_Kidd II on 07-07-2017 08:12 AM, edited 1 time in total.
.......all wasteful, climate changing wars. Begun again by the Red Blooded Royals, or by a bewitching God-like dictator, or any so called religion, or for any other reasons like a world wide virus pandemic! MK II 4/26/15
Top 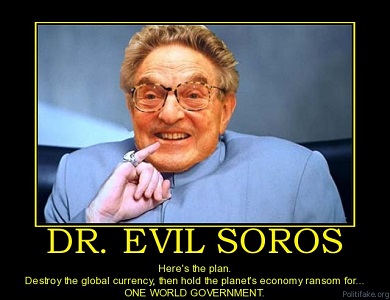 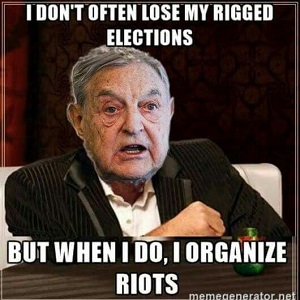 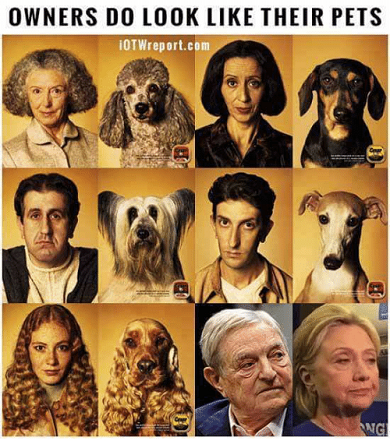 This is what the George Soros Antifa druggies say to each other right after they take their collective fixes!

Here is a protest by Antifa's paid on call people hoping to be actually paid by George Soros!

Petition To Label George Soros A "Domestic Terrorist" Has 80,000 Signatures

In less than two weeks, a WhiteHouse.gov petition demanding that billionaire investor George Soros be declared a “domestic terrorist,” and that authorities seize his multibillion-dollar fortune, has garnered nearly enough signatures to force the Trump administration to issue a formal response.

The petition, which has attracted 80,000 signatures so far - just 20,000 shy of the 100,000-signature threshold where a response would be required – accuses Soros of being guilty of sedition by financing groups that help support violent Antifa counter-protesters and other dangerous leftist groups.

Last week, we reported that a similar petition, this one asking that President Donald Trump declare Antifa to be a terrorist group, had reached the threshold. The petition is still awaiting a formal response, but in one promising development, Politico reported today that the Department of Homeland Security had described the group’s actions as “domestic terrorist violence” in private memos.

Over the past week, the mainstream media narrative has turned decidedly against Antifa, with the Washington Post, Bloomberg and the Atlantic publishing stories criticizing the group’s violent tactics.

Will that be news to see/hear on MSM anytime soon? I've never heard of a petition with that kind of power to date. Is it a common thing practiced world wide if you want some nefarious person nullified?

"By Any Means Necessary", which has played a key role in riots in Berkeley, Sacramento and elsewhere, has dozens of "public school teachers" among its members, including among its most prominent leaders.

We'll now, if we won't do it (protest) for the Soros handouts, someone else will!