Fun fact: When he wasn’t bedding his slaves, “purchasing” Louisiana and warring against peaceful Muslim trading ships, Thomas Jefferson was a proto-environmentalist. So were the other Founding Male-Identifying Parents. Joe Romm, at ThinkProgress tells us so.

Romm’s article is a real treat -- hysterical in both senses of the word. It's also, of course, a stick to beat Donald Trump with. In fact, according to the headline, Trump “is destroying what July 4th stands for.” Is he reuniting the nation with Great Britain? Endorsing taxation without representation? Quartering troops in our homes? Taxing stamps?

No, he’s overseeing “the most anti-science and anti-truth administration in U.S. history.” Worst of all, his “most consequential assault on science and America’s founding principles, Trump abandoned the Paris climate deal, whereby 190 nations had unanimously banded together to save themselves (and us) from catastrophic climate change.”

Got it, Romm is upset about the U.S. dumping a meaningless document that -- if it did anything at all -- would hobble our economy while letting China adjust it’s pollution from “pea soup-thick” to “Jello-thick.” That’s his problem. What does it have to do with the Founding? Well, “the Declaration’s drafters were undeniably men of science, devoted to the truth.” Undeniably. So? So they “saw preserving the environmental [sic] for future generations as a core principle.”

Here’s his real evidence that the Framers were all about recycling and carbon credits and banning plastic straws: That’s it. Jefferson believed in stewardship, and opposed heedless destruction of resources. So do I. So does everybody. It's a heckuva long stretch to get from there to making climate change the meaning of Independence Day, let alone to charge Trump with destrying it.

Jefferson et al faced real crises with very real consequences. Being men of fortitude and faith, I doubt they’d wet themselves over climate change. Being men of science, they might just lose their wigs over “scientific consensus.”

FULL ARTICLE
"Inside every progressive is a totalitarian screaming to get out." - David Horowitz
Top

Any body ever hear of the Barbary Pirates? They where anything But, sweet peaceful, Muslims and a curse to shipping by sea, in the 1700s and way before and currently, with the same tatics as the modern day ISIS.

A lot of you have really watched too many ole pirate movies, swash buckeling, and romantic . Those movies came from the same Hollywood of today a, mind ripping, propaganda machine. It is Not unusual for the majority of people, the only touch of history they have is in the "movies" ! Wow! So easy to "Mess" with the human, mind.!
Karma Rules
Top

Even moreso when there's no mind to mess with: Early US presidents waging war against innocent seafaring Muslim merchants? YEAH! Far out Lefties will love it! F*ck The Founding Fathers! What this country needs is a big screen high colonic.

Watch for the blockbuster documentary written by Rob Reiner and directed by Michael Moore: "TRUMPBEARD: Nazi Raiders Of The Open Seas, Then To Now," direct from Hollywood and the "Hate America First" crowd, at a theater near you
"Inside every progressive is a totalitarian screaming to get out." - David Horowitz
Top

Wow! Thank you both for your finds and personal insights so true! President Thomas Jefferson's US Navy and it's brave First US Marines ruled the day and years afterwards shutting down Muslim piracy on the High Seas.

Let's all guess POTUS detractor/badactor Robert de Niro will have the leading part as TRUMPBEARD!

A UN official proposes an Ark to insure against the present and future weather ravages of climate change. Well not really an Ark but it's these uncertain cc times we are in for one that now compare to the story in the Bible. It compares us to all the sin'in folks back in ancient times who paid no attention to warnings about "The Flood" to come! 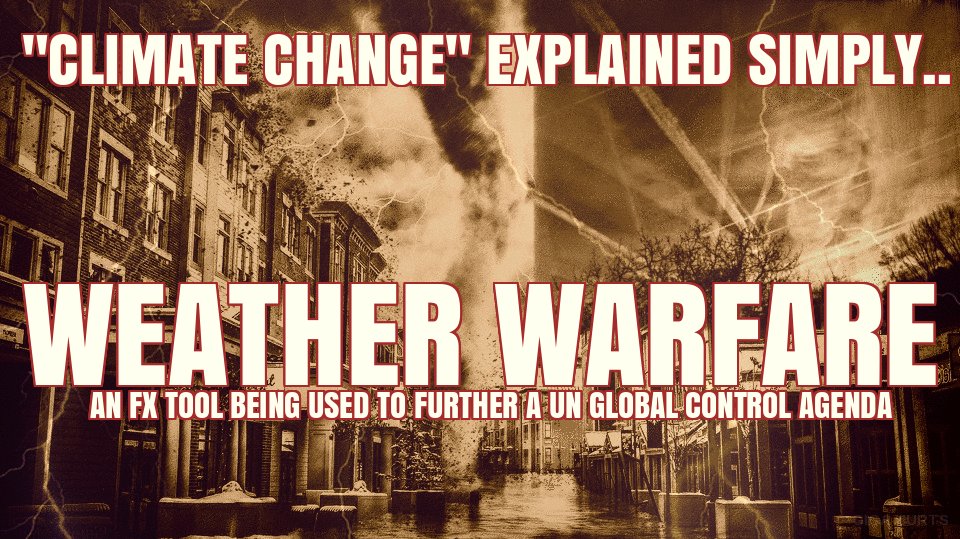 Where'd this come from?

EEK!! HEAT? In JULY?? It MUST Be GLOBAL WARMING! YouTube has decided its users are only allowed to believe what they decide is right — especially when it comes to climate change. The video platform has begun “combating scientific misinformation” by putting Wikipedia entries at the bottom of all climate change videos produced by conservatives.

Climate Depot founder Marc Morano told MRC "This is only the beginning of the appeasement of activists by YouTube.” Calling the policy “virtue signaling,” he added “This is the end of any hint that the left has any tolerance. That notion is gone now that they are going after conservative content.”

The irony is, even Wikipedia argues that it is not a reliable source of information stating “Wikipedia can be edited by anyone at any moment.” Wikipedia once listed Naziism as the ideology for conservatives. FULL STORY
"Inside every progressive is a totalitarian screaming to get out." - David Horowitz
Top

is still at war with me over our local legend that became world wide in scope after being chalked out on the old OHS concrete sidewalk. It read, "Remember Pearl Harbor" discovered just before 8:00 AM on 12/7/39!

I just got in here directly from, you guessed it, The Drudge Report wit tis!

Gorelioni: President Trump not yet as damaging to the environment as he (Gorelioni) feared.

GREENSBORO, N.C. (AP) — The Trump administration has made some dangerous changes to environmental policy, but the damage so far has been less than it initially appeared, former Vice President Al Gore

said in an interview Monday.

“He (President Trump) has had less of an impact so far than I feared that he would. Someone said last year his administration is a blend of malevolence and incompetence,” Gore said in an interview with The Associated Press in Greensboro. “I think they’ve made some mistakes in some of the moves they’ve made. The courts have blocked some of what they wanted to do as a result.”

From Data In A January 2018 U.S. Government Report

While average monetary damages of the 36 most costly hurricane disasters in U.S. history has gone up dramatically, the average intensity of those top 36 storms has not increased and actually decreased. Increasing damages in recent decades are due to increasing population density and infrastructure vulnerability, not intensity.

Even with some time left in this decade, as to whether the number of ALL major hurricanes (whether causing major damage or not) have increased, there’s no statistically significant trend…and certainly a downward trend since the 1940s! FULL STORY

Related Reading
It's Just The Weather
Hurricane Florence is not the result of global warming. It's likely due to natural weather patterns, not climate change as some have already said.
"Inside every progressive is a totalitarian screaming to get out." - David Horowitz
Top

Yes, yes Riddick! One of these days the joke will be, " Hey man! Can I sell you some choice cheap lots on ocean beach front property? Since you passed on my best shot at selling you the Brooklyn Bridge!

Most newspaper reports I've read on the now tropical storm Florence included cc in a large part to blame on this hurricane. And then #45 get's a bashing too for taking the USA out of the Paris cc Accord.

Love the one with the reporter in the raft!

Hurricane Florence made landfall in North Carolina on Friday, bringing a real, dangerous threat to millions in its path. However, one moment caught on live TV is giving people some much-needed comic relief.

Re: New Hah'vud study on more wind and solar farms?

Study: More wind power would warm the US

This is from today's Courier on page 8A and the reports last paragraph is here.........

"Still, the effect of wind turbines is different from human-caused climate change. It mostly consists of warming, it's local, and it's temporary. When the turbines are still because the air is calm, there's no warming. Climate change, in contrast, is a global effect that involves many more elements than temperature , such as sea level rise, extreme weather, melting glaciers, and shifts in the jet stream. Even if a country stopped emitting greenhouse gases, it would still experience climate change if the rest of the world kept on polluting."

I don't know if others thought this but I was long tired of hearing #44's political speeches and press conferences mention cc too many times and not ever saying "radical *****" was the real danger trumping cc!

Breaking Wind To The EXTREME

Hey MKII, your wind power article got me thinking, all the CC hullabaloo focuses on humans emitting greenhouse gases? And CO2 is a atmospheric 'pollutant'?

Far's noxious contamination, I'm way more concerned over all the IN-YOUR-FACE HOT AIR billowing from alarmist windbags' & blowhards' upper AND lower orifices.
"Inside every progressive is a totalitarian screaming to get out." - David Horowitz
Top
Post Reply
491 posts