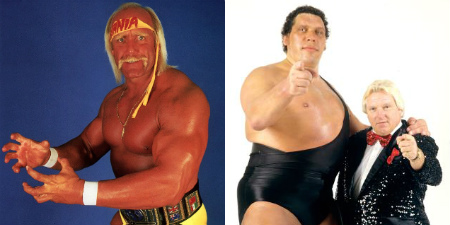 Over the years much ado has been made about the WrestleMania III main event between babyface Hulk Hogan at the height of his powers and fame against the undefeated Andre the Giant, managed by the great Bobby "The Brain" Heenan. 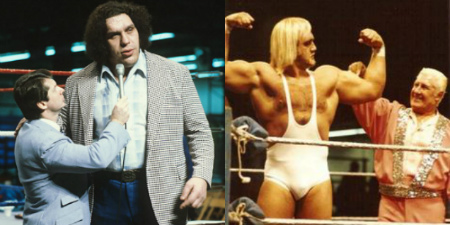 Less fuss has been made about their first encounter on 1979 WWWF TV when at the height of his powers and fame a babyface Andre was challenged by upstart newcomer Hulk Hogan, managed by the great "Classy" Freddie Blassie.

At that time it was Andre who was the top attraction in the business, whereas Hulkamania was far from running wild then, with Terry Bollea being one of the "Boulder Brothers" and "Sterling Golden" before his taking the Hogan mantle. 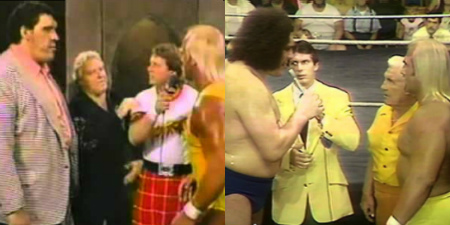 Nevertheless, what a role reversal! Unlikely as fans then had any clue to what was coming when they first met, in any case looking back at it today if nothing else it achieves its place as a curious precursor to a major piece of pro rasslin history...