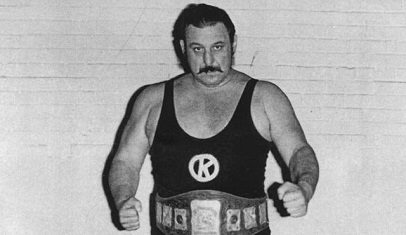 Former pro wrestler and Minnesota's own Stan "THE BIG K" Kowalski passed away last Friday at the age of 91.

A WW II Vet who enrolled at the University of Minnesota after the war, Kowalski rejected an offer to play for the Green Bay Packers in 1950 and instead turned to pro wrestling, debuting as Buddy Marco for the NWA promotion.

Though he also had a stint in Ohio for Al Haft as "Slamming" Sammy Silvers, was Ivan Kola in Amarillo, and was Krippler Karl Kovacs for a tour of the WWWF, it was under Krusher Kowalski (Krusher with a "K" to avoid confusion with "The Crusher" Reggie Lisowski), or, later "The Big K", that he achieved fame. 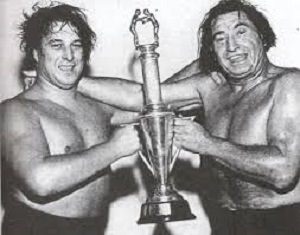 As one-half of "Murder, Incorporated," Kowalski made history with Tiny Mills by becoming the first ever AWA tag team champions in 1960.

In a 1970 magazine, "The Big K" Stan Kowalski was described as someone who "can hand out the rough stuff and take it as well when the occasion demands."

"The interview was as important as the match itself as far as developing fan interest," said AWA promoter Verne Gagne in a 2004 profile of Kowalski in the Minneapolis Star-Tribune. "The Big K did a great job with the talking." 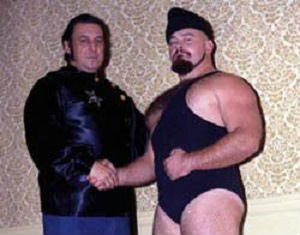 As his career wound down, The Big K became a manager in the AWA for the likes of the Russian Bear Ivan Koloff.

After retiring from professional wrestling, he owned a nightclub with his old tag team partner Blackjack Daniels, and was a negotiator and business agent for Local 17 of the Hotel & Restaurant union. He also had a brief stint as a policeman while still wrestling part-time.