Discussions about food. Recipes, reviews, anything! 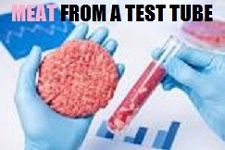 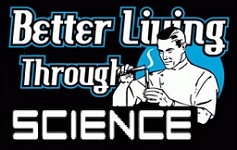 Have you seen the news? A new age of animal flesh consumption is dawning - We're not talking Impossible Whopper or McPlant fake beef patties, we're talking REAL meat folks - albeit produced unconventionally - So, what's THAT all about?

Isn't that wonderful? Lab grown meat means innocent creatures no longer need be housed, fed & slaughtered just to satisfy carnivoral lust. But that's not all: Fungi based animal free dairy production is advancing as well! Now how great is THAT?!

Can you imagine an area nearly as big as North America reverting back to nature? That's what could happen if lab based beef and dairy replaced only half the world's meat and milk consumption. Wondering about the impact on your wallet? Well...!

Cultivated Meat Projected To Be Cheaper Than Conventional Beef by 2030

There ya go: in under a decade you can chow down on bovine flesh & be spending less! It's a no-brainer. Save the animals, save the planet, save money. Like it or don't learn to love lab-based meat 'cause it's the best thing going today. WOOO!
Top

Still........comes under "Control" , they can control what goes into that test tube, (for our benifit, of course,

I will try to stick to what, I know is good food, "Monsanto" and good food, just don't seem to mix well, in my minds eye. The fact that I seem to have lost a sense of "Trust" to many things, Seems to me at this point, not a necessarly ,bad thing.
KARMA RULES
Top 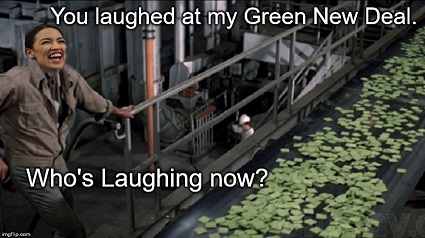 The SOYLENT GREEN NEW DEAL:
Save The Planet - Tax The Rich & Eat Them Too!
There are none so asleep & oblivious to the real world as those who are & would be Woken.

"Inside every progressive is a totalitarian screaming to get out." - David Horowitz
Top
Post Reply
5 posts • Page 1 of 1