Joe Biden accidentally reveals cheat sheet reminding him to 'take YOUR seat', 'YOU give brief comments (2 minutes)' and 'YOU depart' at meeting with wind-industry executives

AND NOW THE WHOLE WORLD KNOWS!

Joe Biden has accidentally revealed a cheat sheet giving him basic commands about where to sit and what to do during a meeting with wind-industry executives at the White House.

The President mistakenly showed photographers the list of instructions that said 'take YOUR seat', 'YOU give brief comments' and 'YOU depart


The 79-year-old was also instructed to speak to specific attendees, ask them questions and thank them before leaving.

It is not the first time Biden appears to have been caught using a cheat sheet, with him spotted with ready-made answers for the media during a talk on Ukraine earlier this year.

Thursday's mess up was the latest in a series of gaffes that have included him losing his balance and falling over in public as well as saying what he should not.

They have sparked major concerns for the President's welfare and mental capacity as he approaches 80 despite the White House shooting down questions over his health.

The Entire story, videos, Super Duper Comments, from all over the World . My favorite being "Oh American what did you do voting for this man ?"

Re: Joe Biden accidentally reveals cheat sheet reminding him to 'take YOUR seat', 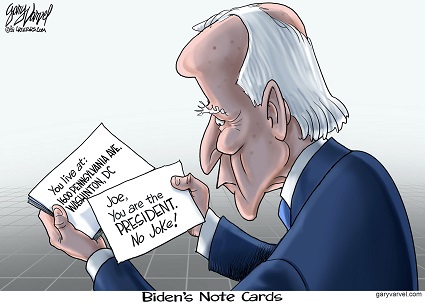 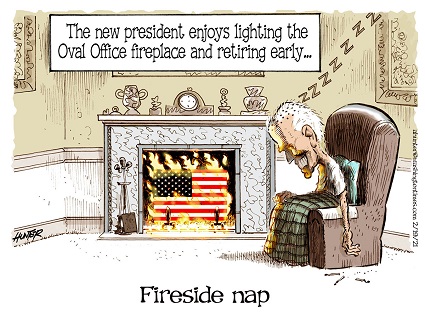 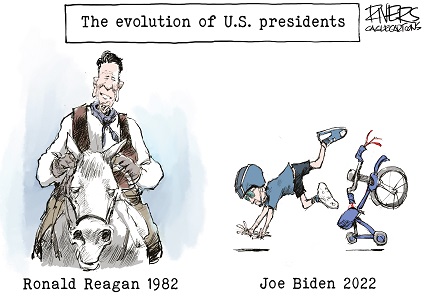 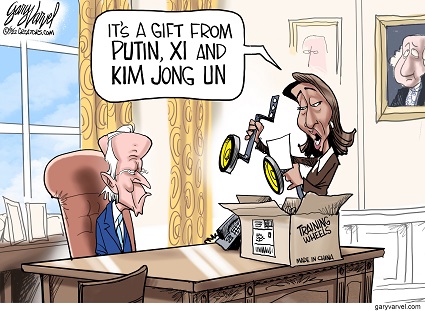 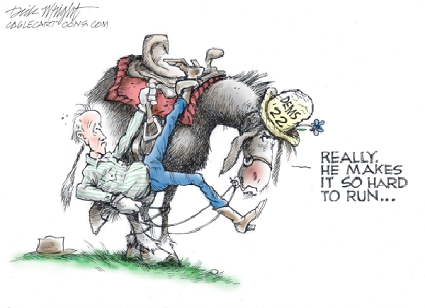 Would you believe in addition to event-specific note cards, Biden also carries a general "cheat sheet" to help get through the day without humiliating himself?

The Washington Free Beacon has exclusively obtained & published a copy of this official document, as seen below, to ensure that OUR democracy DOES NOT die in darkness. Enjoy! 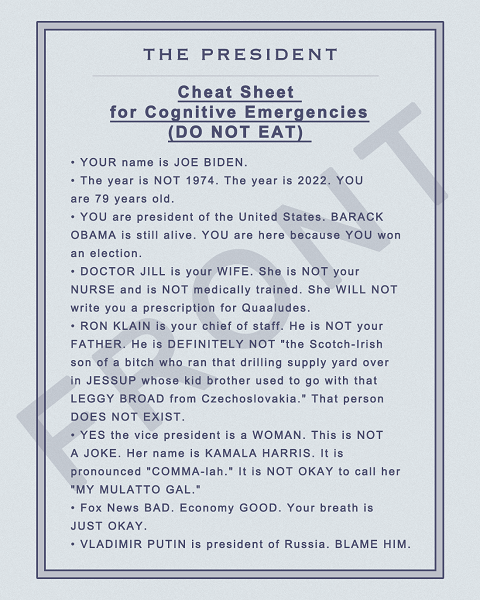 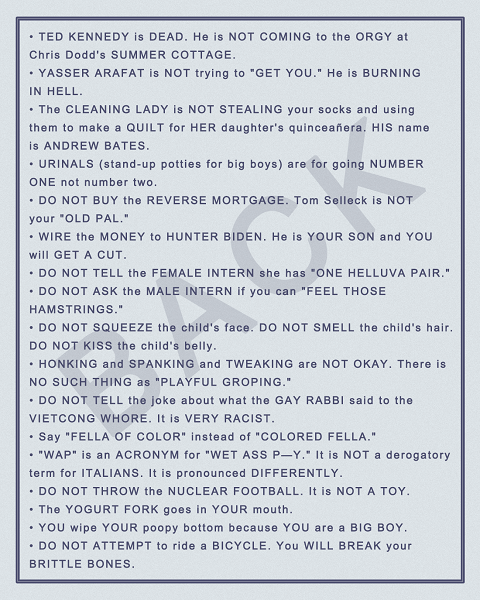