Are the new, radical, Woke Democrats reminding us of a bad time in world history we can't forget?

- This Is Not A Political Issue, This Is Good Versus Evil -

By Susan Duclos - All News PipeLine

We have seen and heard different iterations of one common theme, that the Democrats of today are nothing like the Democrats of yesteryear, and some recent, highly disturbing events are proof positive that it is true this is not the Democrat party of your parents or grandparents.

This is so important to get through to those that still consider themselves "moderates." Those that disagree with almost everything conservatives believe but not because of "party positions," just a difference in world views, yet haven't had the actuality of what the party has become adequately shown. Not just with words, not just with accusations, but with real examples of the radical extremism that defines the Democrat (There is nothing democratic about them) party of today.

The truth is not shown by the MSM, in fact the national media, much like in the case of Hunter Biden's laptop scandal, are doing everything in their considerable power to hide the truth from Americans.


While we will be providing recent examples of the "liberal playbook" of today, a quick reminder of "news" from 2017 that would have had wall-to-wall coverage had it been Republicans or conservatives, yet it is possible, in fact probable, that the majority of Americans never heard a peep about it from the MSM, because it was "impeach Trump" liberals asserting that "MAGA" supporters are fascists, right before applauding a very short speech made up of nothing but Hitler quotes.


I highlighted a 2017 video is for a variety of reasons.

• To highlight the MSM journalistic malpractice by hiding the level of extremism within the democrat party, proven by the fact that most never heard of the event above.

That would have been dug up within days had that been conservatives clapping for Hitler quotes and we would still be hearing about it 5 years later.

• The party is becoming even more radically extreme and the video above offers a dated reference.

• The Trump Derangement Syndrome (TDS) that blinded almost half a nation, so busy obsessing over the Orange Man Bad, that they couldn't even see how radical they have become.

They still can't see it, and those that do, don't care.

This dovetails with recent assertions that TDS is actually getting worse, not better, nearly two years after Trump left the White House.

Mark Bauerlein recently discussed Trump Derangement Syndrome, how he has never witnessed so many people, from the opposing politic side, so obsessed with just one man, and he predicts it is going to get worse.

It doesn't occur to the diseased ones to ask why they can’t get the Orange-Haired Man out of their heads. They hate him; they loathe him; they fear him . . . We get it nonstop; we hear them; they can’t stop saying so. But the expression doesn't bring them any relief—not that we can see. Their exasperation only grows and sputters. Voicing what one feels deep inside is supposed to ease the feeling, to externalize it and let the anger, love, bitterness, joy, etc. flow, not be damned up within. One of Freud’s patients called it “the Talking Cure,” when he asked her to speak, just speak of anything that pops into her mind, and she and other patients found that they did feel a little better once the session concluded.

But those with TDS don’t. He lingers in their heads. Like a bad penny, he won’t go away. Nothing that has happened has “disappeared” him. Jeb Bush couldn’t beat him, nor could Hillary, the Mueller Team, Avenatti and Stormy, Vindman and House Democrats, or The Washington Post, NPR, and MSNBC. Not even the 2020 defeat, January 6th, and Liz Cheney’s hearings have removed him from the body politic. If anything, the Mar-a-Lago raid will only ensure his continuance. Martyrs have sticking power. The prospect of Trump 2024 appears ever more likely, and if the inconceivable happened once (November 2016), it can happen again.


The more their obsession expands, the more radically extreme they seem to get, which just begs the question of whether TDS has more symptoms than we previously thought.

• Last but not least, "the video above was deliberately set up by a Trump supporter to prove how that Trump-haters, and those claiming to be "anti-fascists, would applaud actual Hitler quotes!"

Pray for your family, your friends, this nation and this planet like you've never prayed harder before today!


MK II ∆=®™
.......all wasteful, climate changing wars. Begun again by the Red Blooded Royals, or by a bewitching god-like dictator, or any so called religion, or for any other reasons like a world wide virus pandemic! MK 4/26/15

Incredible! I have heard the phrase "Too Ignorant to Live", this might be Proof.

Can we survive their ignorance by putting the shoe on the other foot and totally forgetting why rocks are not hurting our feet? No!

A few of hister's quotes should of rang their collective bells!

Those in that tiny crowd that didn't have a clue that day. Have the same lack of thought on history's frequently repeated ills upon mankind!

Let's pray our US history students take Previgen and enhanced Turmeric for a better memory!!

Anti-Fascism Is The New Fascism 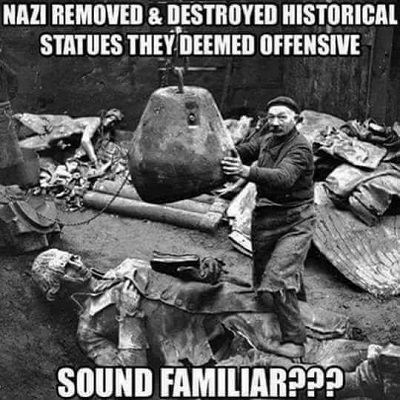 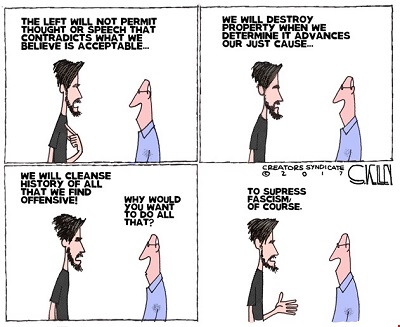 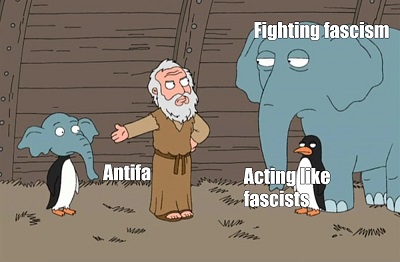 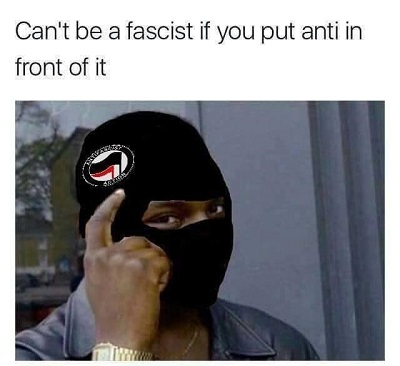 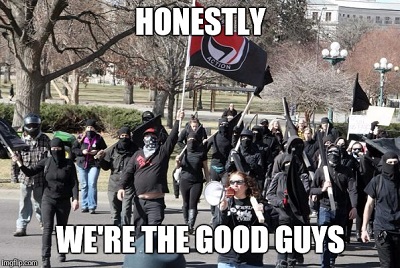 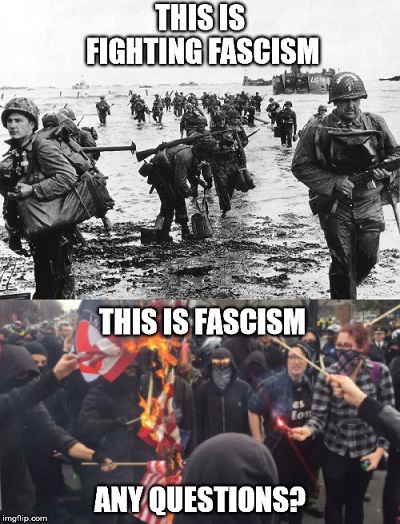